On Craft-PvP servers such as Genesis will be, regular RBs are not the best idea because of the low drop rate and a high random spawn time.
Usually, players are logging in additional client to keep eye on re spawn, but it is difficult, since random time is 12 hours
We want to make this situation a bit easier for our players so we decided to improve 35 Raid Bosses of level 75+
All for you! 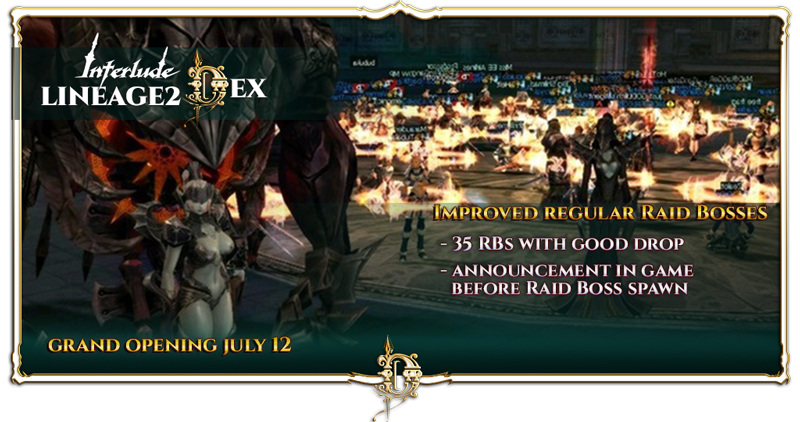 We hope that it will diversify the game for small groups. And will allow organising solo players.

waiting for the fun