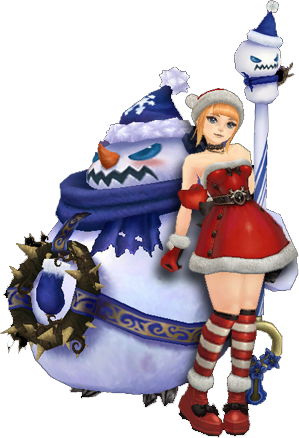 To spread the holiday spirit across Aden, Santa Girl is placing Holiday Trees in major towns. But the evil Snow Man Grouch, who hates the holidays, threatens to steal the decorations and ruin the holidays for everyone! Help Santa Girl save the Holiday Trees, and receive buffs and items as rewards.

January 18 to January 25, 2015
Santa Girl's Red Stockings will no longer drop from monsters. Santa Girl will remain in towns so that players can turn in the rest of their event items for rewards.

January 25, 2015
Santa Girl, Snow Man Grouch, Santa Girl's Red Stockings, and Santa Girl's Gift Boxes will be removed from the game. All reward items received from this event will remain in the game.

The event cycles through different stages continuously, beginning in Stage 5. During all stages, the Snow Man Grouch can be sometimes found at certain locations, and will drop ornament items for Stage 2 or Stage 4. Also during all stages, Santa Girlâ€™s Red Stockings can be traded to Santa Girl for a Santa Girl's Gift Box. 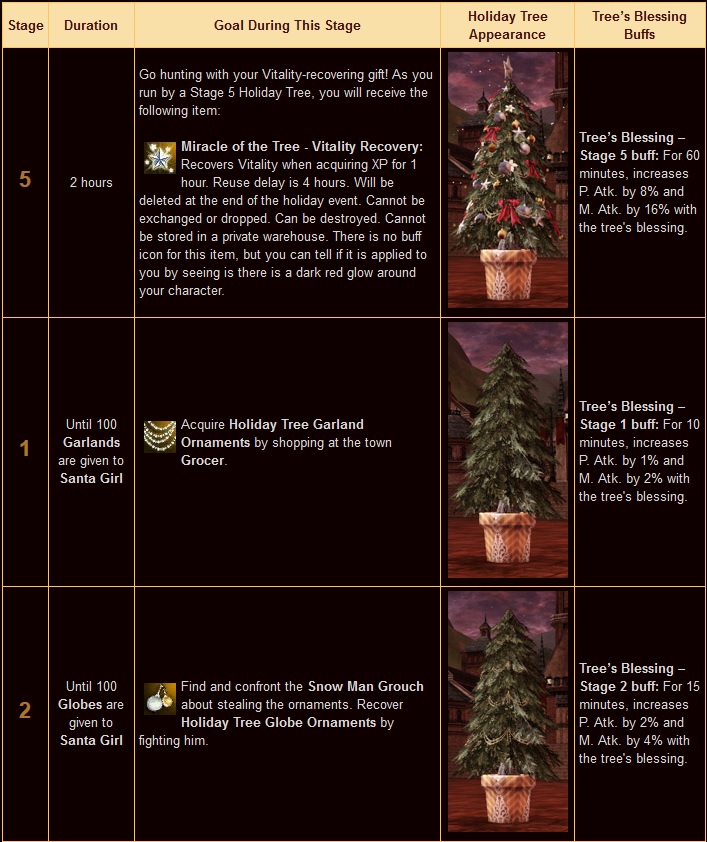 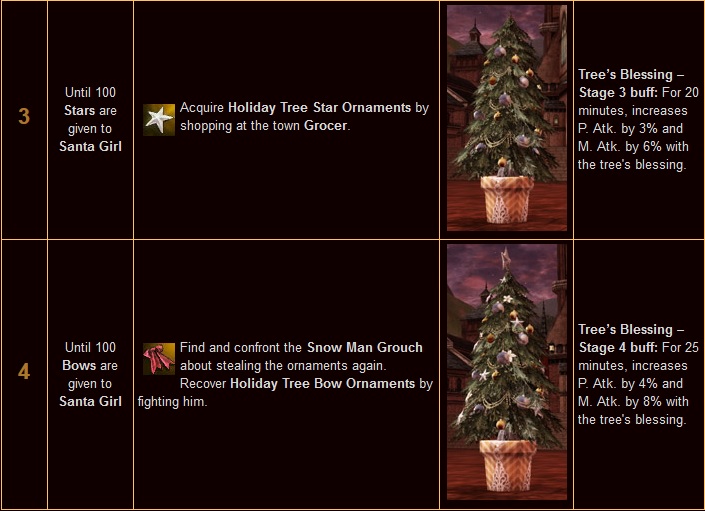 All Holiday Tree Ornaments: used to decorate the Holiday Tree. Depending on the treeâ€™s state, can be given to Santa Girl. Not tradable.

Holiday Tree Garland and Star Ornaments: can be bought from town Grocer NPCs.

x 1 = One of the following items at random: