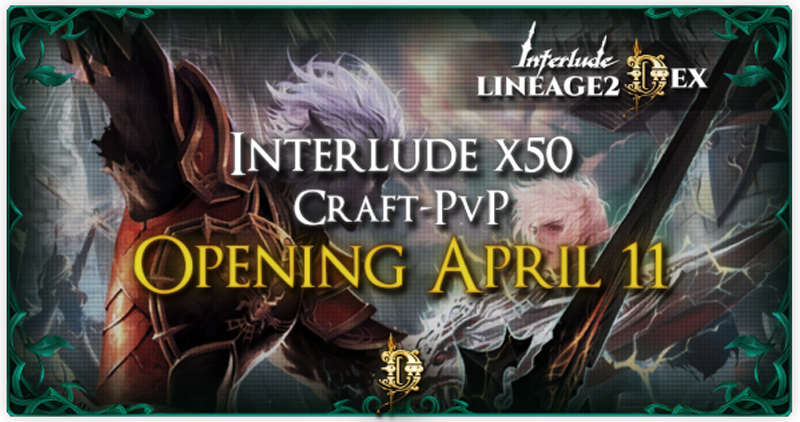 ​
Hello everyone!
One time in a year, we open Craft-PvP Interlude server. This is not just a server for few weeks, we are preparing thoroughly and make such opening not often.
Each time we try make something new, and more interesting, but at the same time we try keep spirit of Nanna-style server (hello to all old players ).
Our Interlude servers - was always like ideal among all craft-pvp servers. It's hurricane game-play, thought-out concept and a balanced economy. It's compliance of game mechanics for all 100% with official servers from Interlude times.

This time we want open Interlude on new modern client, that we use in our Gracia Evolution server which is well established.

Full server description will be posted a bit later, but we want to give you basic info about server

Rates:
Some features:
This is just basic things, that you maybe want to know now.
Full server description with all details will be post later on forum and on Site on Wiki page


We will have 2 stages for Beta test:


Some old movies from our past Interlude servers