After purchasing Premium Account you need make full relogin, mb twice. If you see gold frame on you lvl, than you PA is activiated.
Premium account works on all characters in game account 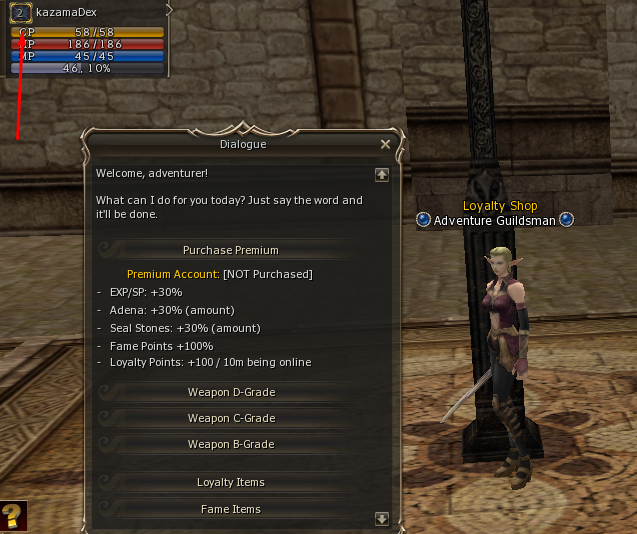 Changing profession, subclass and noblesse you can in Towns from NPC Astrate

Getting a sub class:
Two ways to get a sub-class:
You don't have to hit any of these raid bosses, just talk to the chest which appears after their death.
Return to the NPC Astarte and with just one click you will get a sub-class!

ATTENTION: We have Second Barakiel in Blazing swamp with same stats/drop and respawn time. Here is PvP zone. 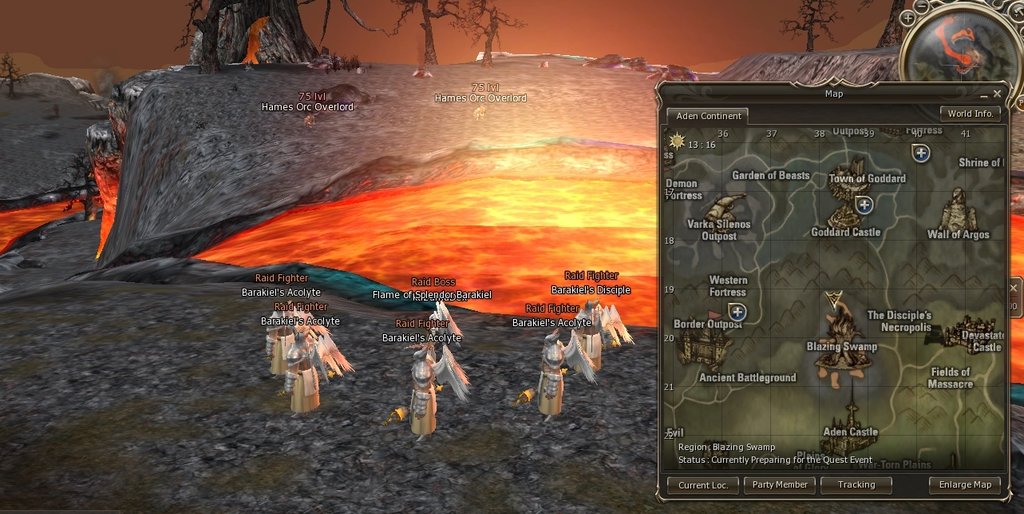 Raid Bosses:
The following list shows the Raid Bosses whose level was raised up to 80 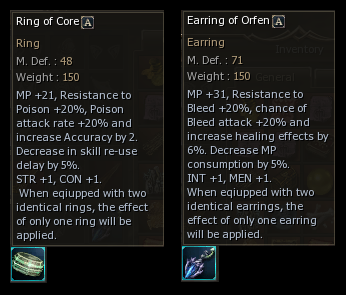 Together with the decision to use a new client for our server, we decided to take as a basis the mechanics of skills from chronicles GF and HF. At the same time, there will be no new skills from these chronicles.
Also we make some changes in exist skills to make them a little more useful.

The main differences in skill mechanics:

Noblesse Blessing - has fixed cast time and no longer depends on casting speed or spiritshots.

Aura Flash - Reduces own PvP Magic Damage by 50% for 3 Seconds.

Warrior Bane and Mage Bane - Cooldown is 9 seconds. Reduced the probability of passing from 80% to 40%.

Symbol of Defense/Noise/Resistance/Honor/Energy/Sniper/Assassin - depends on of attack speed.

Wrath - Redone for a target-less AOE skill that gives a debuff which reducing max CP by 50%. Power: 3123

Sonic Buster - AOE area type changed from "Fan" to "Circle". So, now the skill also affects targets behind the backs.

Rain of Fire - Increased radius of destruction and power. There is a chance to put burning on the enemy (periodic fire damage)

Mass Gloom - The target is now an enemy, not a summon.

Anchor - Causes the enemy's body to go completely rigid for 5 sec. and causes paralysis for 5 sec. Activation rate was increased.

Frost Wall - Attacks surrounding enemies with water and has a chance to slow them down by 20%.

Dance of Medusa - Duration: 15 sec. When enchanted on cost, the duration time will be additionally increased up to 30 sec.

Punch of Doom - Now, when used, a state of shock is not imposed on the player. Increased skill cooldown time.

Victory of Paagrio - Does not replace other prophecies nor chant of victory. (POW > VOP that means if you have POW you don't get VOP, but if you have VOP and EE gives you POW it will overwrite VOP)

Sweeper Festival - Used on the corpses of rated monsters to obtain additional items. Available from level 28.

Looks great! What about Oly? And when it start?

Volovic said:
Looks great! What about Oly? And when it start?
Click to expand...

We think about make Cycle of Olympiad in 1 week. Olympiad will start in 1 or 2 week, after server start.
We add full info about Olympiad later.
My skype KazamaDex

Kazama said:
We think about make Cycle of Olympiad in 1 week. Olympiad will start in 1 or 2 week, after server start.
We add full info about Olympiad later.
Click to expand...

Why one week? Better make 1 month Or at less 2 weeks..
1 week, its each day oly... boring. And some ppl if fail on Oly leave

Volovic said:
Why one week? Better make 1 month Or at less 2 weeks..
1 week, its each day oly... boring. And some ppl if fail on Oly leave
Click to expand...

We still discus this, you can write me in pm on discord any you suggestion =)
Our discord Join the Lineage2Dex Support Discord Server!
My skype KazamaDex
P

Please speak here on eng - you can use google for translate
Yes we will use new client same like we use on our Gracia Evolution, just to make more stability. Old interlude clients work bad, offted disconects, critica errors, lags etc.
Visual for you will be nothing new, some ppl mb will not see the differences
Here we make preannounce with info - NEW! Interlude Genesis x50: Opening April 11! - Lineage2Dex | Forum | Lineage 2 Classic | Interlude
My skype KazamaDex
P

What about donations? What we will be able to earn with donations?

Cezarjulio93 said:
What about donations? What we will be able to earn with donations?
Click to expand...

On server start only B gr, that u can buy for adena too. Premium Account, Modern Buff book (about it you can read in first pos), and some misc items
My skype KazamaDex

any chance to open the server earlier? we're about to go crazy with quarantine.

poc said:
any chance to open the server earlier? we're about to go crazy with quarantine.
Click to expand...

This question is popular now =)

Where can I get information about the changed client for the game?

Demogogen said:
Where can I get information about the changed client for the game?
Click to expand...

Not ready yet, on Open Beta you can check it. And I make topic.
My skype KazamaDex
K

Kazama Have you ever thought to make the server stable, if you are going to open new servers in the future how about unification?

Kazama Have you ever thought to make the server stable, if you are going to open new servers in the future how about unification?
Click to expand...

All depends on community that we will collect here. Lets see. For example on our Evolution we gather good community =) They play their like part more then 7 month, on September we plan open new chapter and then make merge.
Here we plan make same
My skype KazamaDex
Show hidden low quality content
You must log in or register to reply here.
Share:
Vkontakte Mail.ru Blogger Linkedin Liveinternet Livejournal Facebook Twitter Reddit Tumblr Telegram Viber Skype Link